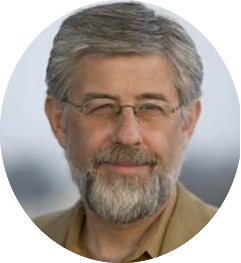 Armando Peruga, MD, MPH, PhD.
Armando is a medical doctor. He graduated from the Master’s and Doctoral programs of the Johns Hopkins Bloomberg School of Public Health. In his native Spain, he was the director of the Research Institute on Health and Welfare in Madrid and later became the Dean of the National School of Public Health. In the early 80’s he worked for the Washington DC Commission of Public Health as a behavioral change epidemiologist and began to work with the Pan American Health Organization in 1990. He was the leader of this organization’s tobacco control team until the beginning of 2006, when he moved to Geneva as the coordinator for the capacity building unit of the Tobacco Free Initiative (TFI) of the World Health Organization. He was the program manager for TFI until January of 2016, when he retired from WHO. He is now a researcher at the Biomedical Research Institute of Bellvitge (IDIBELL) in Barcelona and the Center for Epidemiology and Health Policy of the University del Desarrollo in Chile. 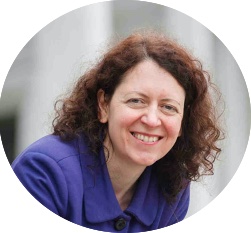 Sheila Duffy, BA
Sheila became Chief Executive of ASH Scotland in January 2008. She Chairs the Scottish Coalition on Tobacco (SCOT) and represents ASH Scotland on the Government’s Ministerial Working Group on Tobacco Control. Sheila is an honorary member of the Faculty of Public Health and active in the advocacy and health in all policies groups. In 2018 ASH Scotland received the WHO’s World No Tobacco Day medal, recognizing decades of achievements.  Strategically ASH Scotland is working towards creating a generation free from tobacco and tackling the inequalities that tobacco causes. 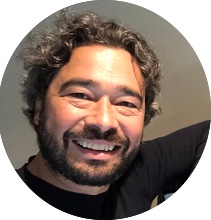 Silvano Gallus, ScD
Silvano leads the Laboratory of Lifestyle Epidemiology of Mario Negri Institute, Milan, Italy. Since 2017 he is Honorary Associate Professor at the University of Nottingham, UK. His main research lines include tobacco control in Italy and Europe and the epidemiology of tinnitus. He is associate editor of multiple journals, including Scientific Reports and Journal of Epidemiology. He is author/co-author of more than 350 papers, including more than 310 articles in peer-reviewed journals. For scientific merits, Dr. Gallus has received several awards, including the Ig-Nobel prize for medicine in 2019 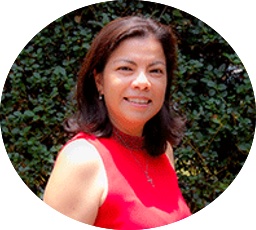 Luz Myriam Reynales Shigematsu, MD, MSc, PhD,
Luz Myriam is a physician, trained in Colombia, with a MSc. and Ph.D. degrees in epidemiology from the Council on Education for Public Health (CEPH)-accredited School of Public Health in the Mexican National Institute of Public Health (INSP). Since 2005, she has been the Director of the Tobacco Research Department at the INSP; her principal role is to generate research to inform changes in tobacco control policies and practice in Mexico. Mexico ratified the Framework Convention on Tobacco Control (FCTC) in 2004. She has directed the INSP efforts to work with a range of national (e.g., National Office of Tobacco Control) and international institutions (i.e., World Health Organization; Pan American Health Organization; Bloomberg Initiative to Prevent Tobacco Use; Centers for Disease Control; National Institutes of Public Health) to adopt, implement and evaluate FCTC provisions. She has also led a wide variety of tobacco research projects to support the adoption and implementation of tobacco cessation treatment, assessing Mexican smokers’ smoking pattern, their nicotine addiction (physical) and Psychological. There are also projects oriented to improve the health care services delivery through the personnel at primary care based on novel technology (m- health) as webpages, apps, and mobile TXT methods. 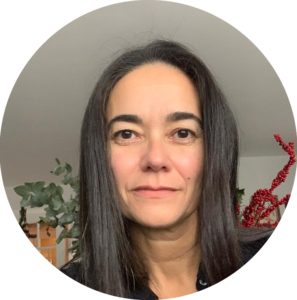 Mónica Pérez-Ríos, PharmB, MPH, PhD
Mónica graduated from the Master’s and Doctoral programs at the department Preventive Medicine and Public Health-University of Santiago de Compostela (USC). She developed her career at the Epidemiology Unit of the Galician Directorate for Public Health. There she was involved in the Galician Behavioral Risk Factor Surveillance System, where her principal area of interest was tobacco consumption and exposure to environmental tobacco smoke, with special interest on the impact of the laws on smoking approved in Spain in 2005 and 2010. Concurrently, she is an Assistant Professor in Epidemiology and Public Health, with tobacco control as her main focus of research. She is the coordinator of the Tobacco Working Group at the Spanish Society of Epidemiology. 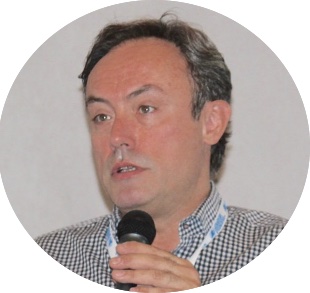 Giuseppe Gorini, MD
Giuseppe obtained his MD in 1992, the Public Health Specialization Degree in 1997, and the Biostatistics Specialization Degree in 2000. He was qualified as Associate Professor of Public Health (06/M1) in the 2012 National Competition. He has been working in the field of epidemiology and public health since 1998, and was recipient of many grants from the European Commission for conducting studies on SHS exposure in Europe (TackSHS project, 2015-2019; IMPASHS Project, 2008-2010; EB-ETSPV project, 2004; ETS project, 2002), and many grants from the Italian Ministry of Health, Tuscany and Emilia-Romagna Regions, for conducting tobacco control studies in Italy. Dr. Gorini’s research is documented by the publication of more than 160 articles. 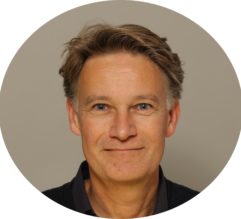 Marc is Scientific Director of the Netherlands Expertise Center for Tobacco Control at the Dutch Trimbos Institute. He holds an endowed professorship in Tobacco Control Research at the Department of Health Promotion, University of Maastricht, the Netherlands. He has an MA in Psychology and a PhD in Public Health. He has conducted numerous studies in the field of tobacco control and has publicized 100+ peer-reviewed scientific articles on various tobacco related topics, including harm reduction, genetic aspects of smoking, the efficacy of cessation methods, computer tailoring as a cessation aid, smoking prevention programmes for adolescents, determinants of smoking onset and smoking cessation, and implementation and effects of tobacco control policy. He is co-editor of a comprehensive textbook on tobacco control for Dutch medical professionals and an expert in the development of the Dutch clinical guidelines for smoking cessation. He wrote a book on Tobacco Control Policy in the Netherlands. 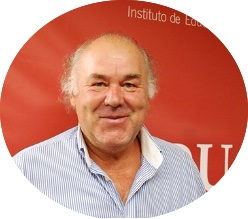 Jose Precioso, MA, PhD
Jose is a professor and researcher at the University of Minho in Portugal. Since my master’s thesis (1994) and doctorates (2001) on the prevention and smoking control, I have been committed to the prevention and control of smoking. I have been involved in several research projects at national and international level and published many articles on smoking prevention. I have done more than a hundred national and international communications and published several books including: “The Essentials of Smoking for Health Professionals” and “ and “The Essentials of Smoking for Students”. I participated in doctoral programs where I taught modules on tobacco control. I organized various conferences that highlights the International Conference on Tobacco Prevention and Control. Prize of the Portuguese Society of Pneumology/GlaxoSmithKline, for the best article published in the Journal of the Portuguese Society of Pneumology, in 2004. Annual investigation prize of 2001 of the Counsel of Smoking Prevention.

CHAIRS OF THE SESSIONS 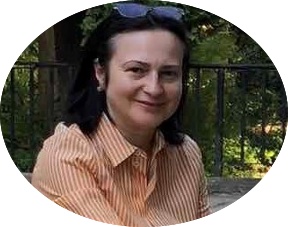 Angela Ciobanu, MD. MPH, PhD
Angela is a medical doctor and graduated with a Master’s degree in the Hebrew University-Hadassah Braun School of Public Health and Community Medicine and the Doctoral programs at the State University of Medicine and Pharmacy “Nicolae Testemițanu”, Republic of Moldova. For more than 10 years she worked in the National Center of Public Health of the Republic of Moldova starting as a hygienist in food safety department and later as Secretary of the National Codex Alimentarius Committee. In beginning of 2007 she joints the UNICEF Moldova providing consultancy support in the area of communication for behavior change and later in nutrition. In early 2011 she started working for the WHO CO of the Republic of Moldova as national professional officer coordinating the prevention and control of non-communicable diseases. In the second term of 2018 she moved to Copenhagen, Denmark in the position of technical officer in tobacco control of the WHO Regional Office for Europe where is currently working. 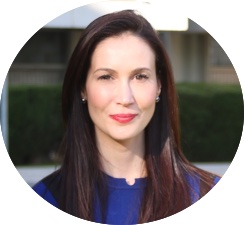 Cristina Martínez, RN, BA, PhD
Cristina Martínez is a Senior Researcher expert in Tobacco Control. She is the Deputy Chief at the Tobacco Control Unit and Assistant Professor at the University of Barcelona. She obtained her bachelor’s degree in Nursing Science and Social Anthropology and pursued postgraduate education in Health Policy at the University of California San Francisco (UCSF) where she is an Adjunct Assistant Professor, at the Department of Behavioral Sciences. Dr. Martínez main areas of research include the evaluation of tobacco control policies in health care services, by assessing the impact of smoke-free policies and evaluating the effectiveness of smoking cessation and training programs. She is currently developing online tobacco cessation training programs for health professionals and conducting implementation projects to foster smoking cessation interventions in health care services. Moreover, she is conducting research to assess tobacco use among mentally ill and drug abuse smokers and design cutting-edge interventions to reduce the burden of tobacco-related diseases in this vulnerable population. 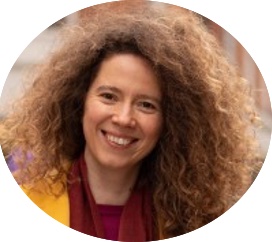 Elizaveta Lebedeva, BA, MPH
Liza is a public health specialist. She holds two Master’s degrees – one in Psychology from the Moscow State University and the other in Public Health from the London School of Hygiene and Tropical Medicine. Liza joined the WHO Regional Office for Europe in 2014, and since then provided technical support in the areas of NCD health policy development, NCD risk factors surveillance and health communications. Currently she works as a consultant in Tobacco control unit. 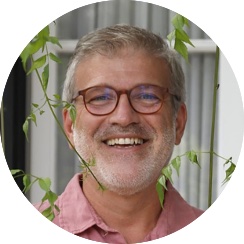 Esteve Fernández MD, MPH, PhD
Esteve is the Director of the Department of Cancer Epidemiology and Prevention at the Catalan Institute of Oncology, and Director of the WHO Collaborating Center for Tobacco Control. He is Professor of Preventive Medicine and Public Health at the School of Medicine of the University of Barcelona. His main areas of research include tobacco control and cancer prevention and control. He has also worked in socioeconomic and gender determinants of health, with focus on cancer and smoking, in methodological issues and the teaching of epidemiologic methods and scientific writing. He has been Principal or Associate Investigator in more than 40 research projects funded by National and International agencies, including SANCO, FP7 and H2020 European Union’s programs. He has published more than 400 articles in peer reviewed journals. Prof. Fernández has provided advice on tobacco control to WHO and regional and national governments in Europe. He is member of the Advisory Board of Public Health of the Government of Catalonia.