WELCOME TO THE PARTICIPANTS
On July 18th, the Auditorium “Pau Viladiu” of the Catalan Institute of Oncology (ICO) in L’Hospitalet de Llobregat, Barcelona, welcomed to the second edition of the symposium on tobacco control organized by the ICO and the World Health Organization. This year, the topic of the symposium was the challenges for tobacco control due to the introduction of electronic cigarettes into the market represented. The symposium was inaugurated by the President of the ICO, Josep Maria Vila, with the participation of Fernando Rivas (Organization Medical College), Elena Andradas (Deputy Director of Health Promotion, the Ministry of Health), and Antoni Mateu (Secretary of Health of the Generalitat of Catalonia). The symposium had a great attendance in the room (104 people, 84 from Spain and the rest from other 12 countries) and, thanks to live streaming broadcast, 147 other people from 19 countries followed it. 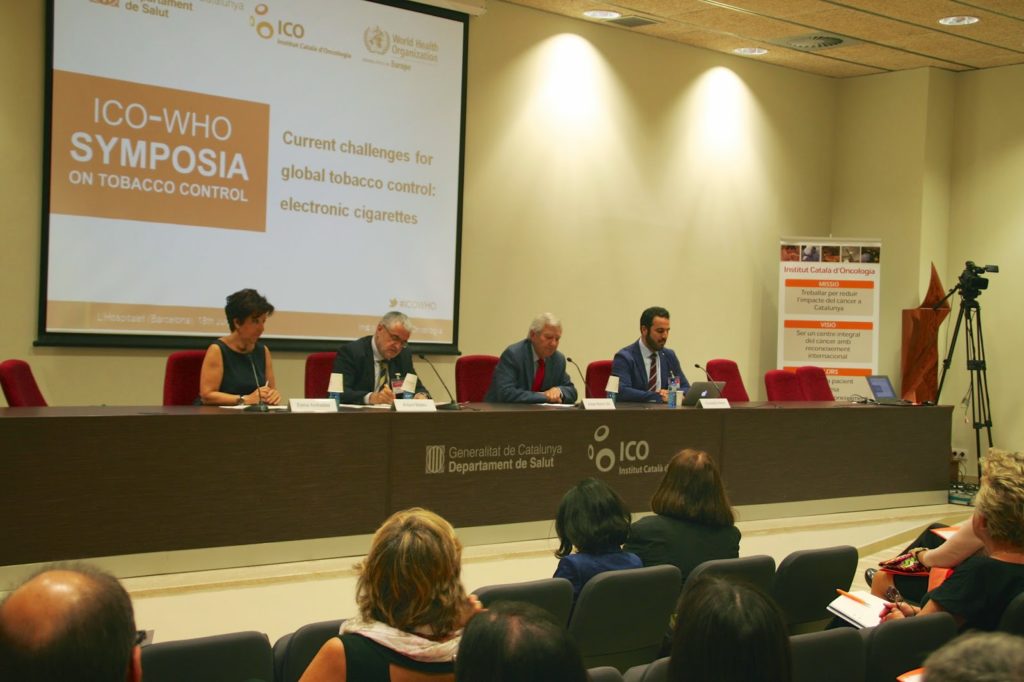 OPENING CONFERENCE
First, Simon Chapman, from the University of Sydney, connected from his home at that Australian city through videoconference, reviewed the evidence on the claimed benignity of electronic cigarettes, the real impact of reduced consumption as a strategy for harm reduction, and early evidence on the effect of initiation on electronic cigarettes by young people.

SECOND CONFERENCE
In the second lecture, Martina Pötschke-Langer, from the German Cancer Research Centre, reviewed various aspects of the composition of the liquids used in electronic cigarettes and their known effects on health, and their appearance targeted towards a young audience. She stressed the need for effective regulation of the composition and labeling, which should prevent the attraction of young people to these products.

THIRD CONFERENCE
Esteve Fernández, from the Catalan Institute of Oncology, presented results of two pioneering studies on passive exposure to emissions from electronic cigarettes into two small and very common places, such as homes and vehicles. The studies confirm that in these spaces electronic cigarettes emit particulate matter and nicotine to the air, and that nicotine is inhaled and metabolized by non-smokers exposed to this passive vapour. 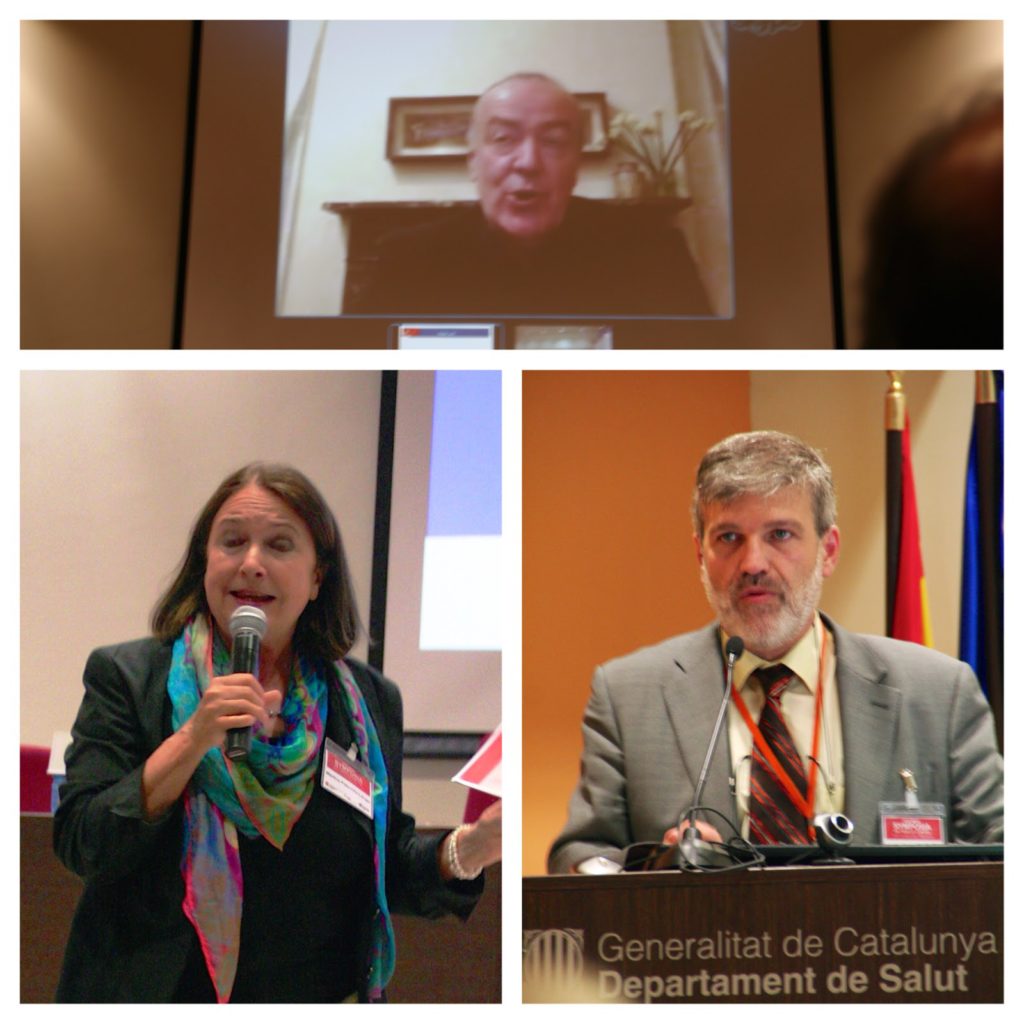 FOURTH CONFERENCE
Marisa de Andrade, from the University of Sterling, presented a systematic review on the media coverage of electronic cigarettes and their presence in social networks, which causes a negative impact on public health gains in terms of renewed pressure on young undermines tobacco control policies (the advertising of these products is also advertising of traditional tobacco). It endangers the WHO Framework Convention on Tobacco Control as the tobacco industry has entered the market of electronic cigarettes and promotes a harm reduction strategy to attract support from the field of public health.

FIFHT CONFERENCE
Francisco Rodríguez Lozano, from the Spanish Committee for Smoking Prevention and the European Network for Smoking Prevention, gave a broad overview of the European Directive on Tobacco and Related Products, with special emphasis on electronic cigarettes: how the Directive finally included these products, what does the Directive include, and the implications for the member states. To illustrate this, he used the example of Spain, where legislators have not taken into account the Directive and recent previous experience in the change of the Spanish Tobacco Law that forbids, since past March, the use of electronic cigarettes in health centers, education centers, and other buildings from the administration, but exclude all the hospitality sector and regulates only tentatively advertising. 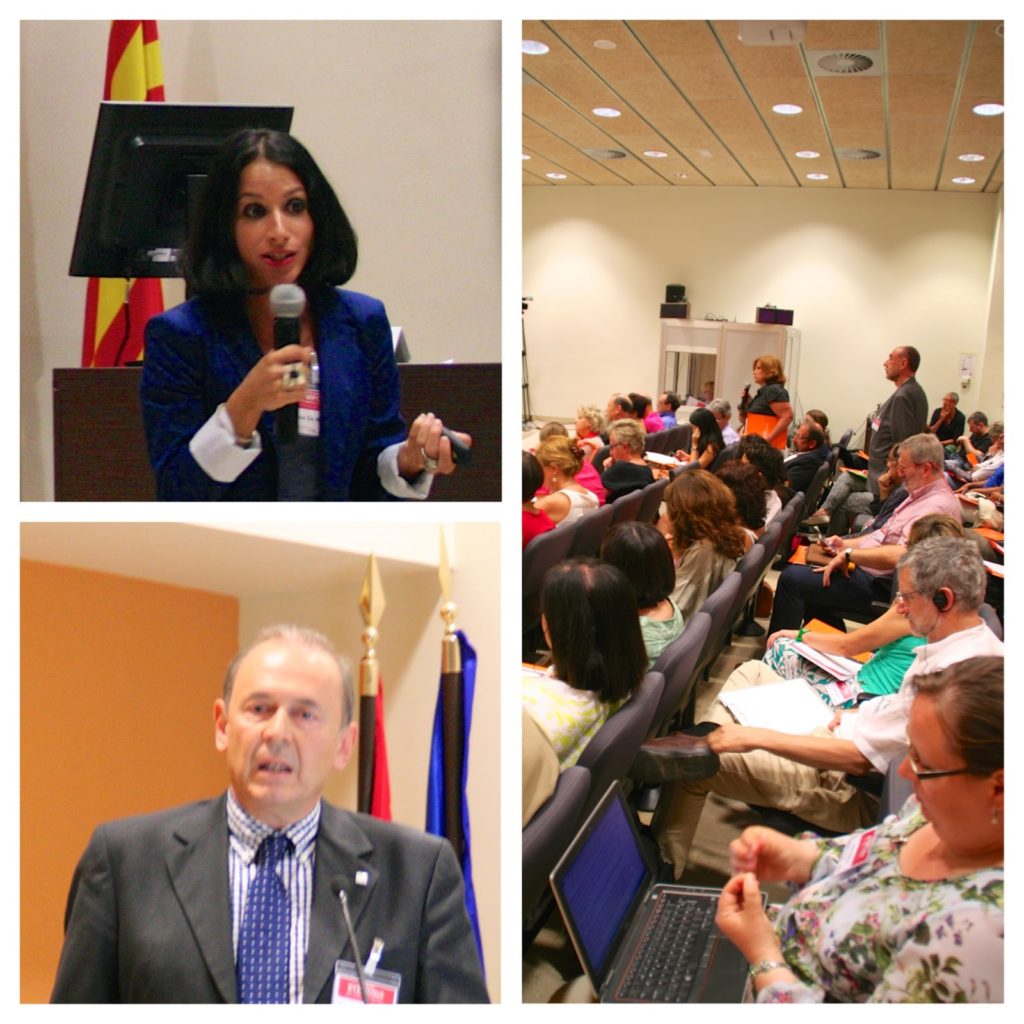 CLOSING CONFERENCE
The final panel discussion with all the speakers, moderated by Joan R. Villalbí, from the Agency of Public Health of Barcelona, summarized the importance of protecting young people and nonsmokers from the marketing of electronic cigarettes (with many brands already in the hands of the tobacco industry), the urgency of the implementation of EU regulations, the need to maintain a precautionary principle with respect to its use for the reduction and cessation of smoking, given the lack of sufficient evidence, and also the need for well-designed and independent studies on the consequences health.

CLOSING REMARKS
Finally, Tàrsila Ferro, Director of Nursing at the Catalan Institute of Oncology, concluded the symposium by encouraging participants to continue in their tobacco control efforts and by thanking the participation.